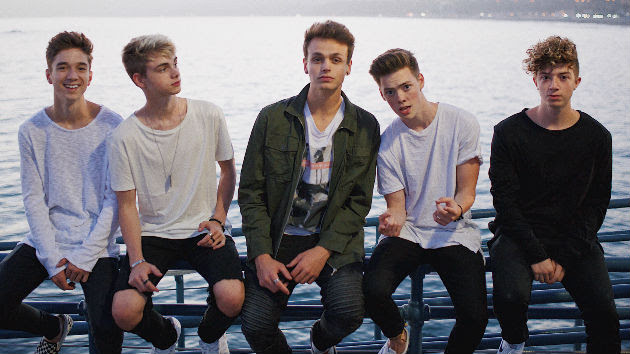 Atlantic RecordsNovember is proving to be a very busy month for breakout boy band Why Don’t We.

The quintet has lined up some TV appearances and performances, beginning with a performance of “These Girls” on Live with Kelly and Ryan Tuesday.

They’ll also be returning to TRL on Tuesday, after first appearing on the show during its premiere week last month.

Then November 26, the band will participate in the Nickelodeon HALO Awards.

Why Don’t We has also added additional shows to their North American headlining tour. They’ll now be playing a second show in Los Angeles, as well as already sold-out second nights in New York City, Chicago and Toronto.

The Invitation Tour kicks off February 27.