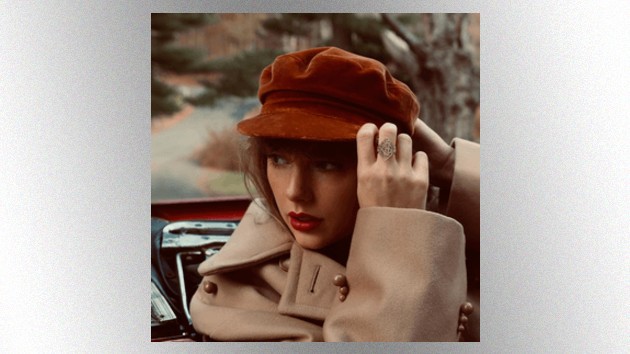 Taylor Swift has created her first Instagram Reel — which is like a TikTok video, but on Instagram — and in it, she’s offering fans a sneak preview of her forthcoming album Red (Taylor’s Version).

The video is captioned, “21 days til November 12 and I *promise* it’s worth the wait” — referring to the day that Taylor will be releasing the rerecorded album, and the soundtrack to the clip is her new version of the album’s title track.

In the video, Taylor sports a red dress and the “Red” ring from the album cover, and shows off a whole bunch of red clothing and accessories, including shoes, jewelry, shirts and more.  “It’s Red Season” reads a caption in the video.

Taylor’s website also features new Red (Taylor’s Version) merch, including the ring, which costs $45, plus t-shirts, sweatshirts, hoodies and, of course, an “All Too Well” red knit scarf.

Red (Taylor’s Version) will feature a whopping 30 tracks — remakes of the songs on the original album, plus her one-off charity single “Ronan’s Song” and a bunch of tunes “From the Vault,” which were written around the time of the original 2012 album but didn’t make it to the final version.