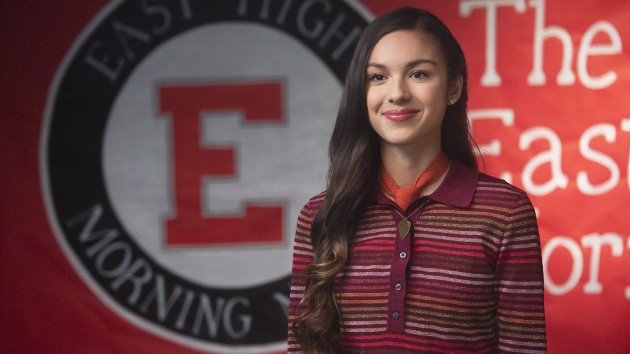 Olivia Rodrigo has worn many hats in 2021: Chart-topping artist, SNL musical guest and high school graduate. But now you can see her as you’ve never seen her before: dressed as cutlery.

More specifically, Olivia plays a dancing fork in a new clip of this Friday’s episode of her Disney Channel show High School Musical: The Musical: The Series, available now on YouTube.  In the show, the East High Wildcats are staging Disney’s Beauty & the Beast as their spring musical, and Olivia’s character, Nini, portrays one of the dancing knives and forks who surround Belle, as Lumière the talking candelabra welcomes her to the castle.

Billboard reports that the show’s season two soundtrack, which comes out July 30, will feature Olivia and co-star Joshua Bassett‘s duet, “Even When”/”The Best Part,” as well as Olivia’s solo rendition of “The Best Part,” and a few other performances from the “Drivers License” star, including “Granted” and “The Rose Song.”