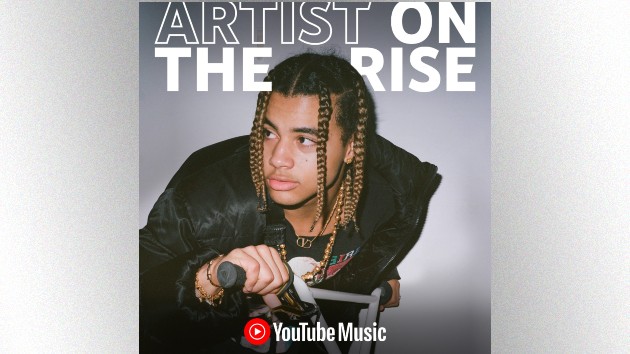 Courtesy YouTubeGiven the fact that he topped the Billboard Hot 100 for weeks, we’d argue that 24kGoldn has already risen, but nevertheless, YouTube has named the singer and rapper one of its “Artists on the Rise” for 2021.

As part of the honor, he’ll appear Thursday on YouTube’s weekly series, RELEASED, to debut his new single and video “3, 2, 1.”  He’ll also discuss his musical influences and his future musical plans.

Explaining what inspired “3, 2, 1,” Goldn tells YouTube that when he was on tour, his friend Paypa Boy told him, “Remember little bro, there’s three sides to every story: yours, theirs, and the truth.”

Goldn adds, “That made me realize how real that saying is.”

Following the success of his singles “Valentino” and “Mood,” 24kGoldn’s debut album El Dorado will be released later this year.  The title of the album is fitting: El Dorado is Spanish for “The Golden One.”