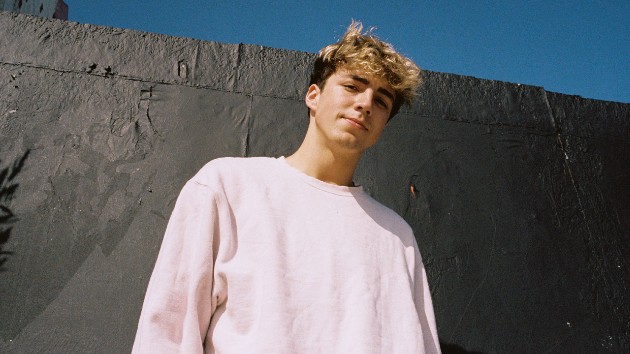 Elizabeth MirandaSurf Mesa has scored a global hit with “ily (i love you baby),” a remix of legendary singer Frankie Valli‘s 1967 solo hit “Can’t Take My Eyes Off You.”  So what will he do for an encore?  Well, he says his next move probably isn’t going to involve finding some other 50-year-old hit and turning it into a dance track.

“That’s the question that’s been raised before: do I want to keep making these older songs into a newer rendition?” he tells ABC Audio. “I wouldn’t say I’d, like, go back…I don’t know a lot of other songs by Frankie Valli & the Four Seasons, honestly.”

“I’m kinda like a crate-digger now where I’m like diving into what’s up and coming and new in the dance scene,” says the producer, born Powell Aguirre.

“I started making music for the love of dance music, and so I think right now, my goal is to just keep pushing newer ideas and what’s current and kind of be like respected in the world of, like, other producers and artists that are making stuff,” he explains.

“I don’t want to lose sight of the reason I started and that’s to make this dance music, [which is] the reason I first downloaded the software to make music,” Surf notes.

Surf already has the respect of at least one major dance music superstar: Marshmello, who tapped Surf to remix “Be Kind,” his song with Halsey.