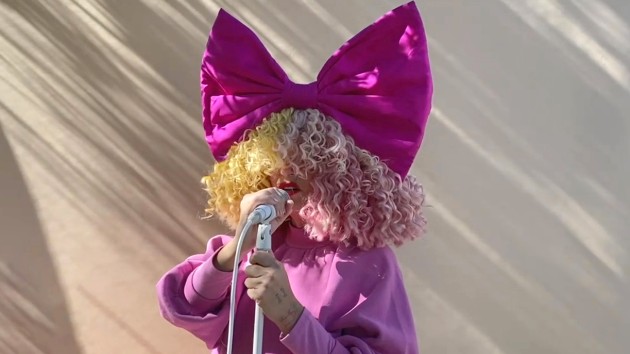 ABC News/Frame GrabSia is hitting back at people who are criticizing her movie before they’ve even seen it.

After the trailer dropped for her directorial debut, Music, starring Maddie Ziegler as a girl on the autism spectrum, Sia began receiving comments from people criticizing her portrayal of disability and accusing her of not casting or consulting with people who are on the spectrum.

“I cast thirteen neuroatypical people, three trans folk, and not as f****** prostitutes or drug addicts but as doctors, nurses and singers,” Sia wrote in response to one commenter. “F****** sad nobody’s even seen the dang movie. My heart has always been in the right place.”

One person questioned if she’d even researched the autism community at all. To which Sia responded, “Duh. I spent three f****** years researching, I think that’s why I’m so f****** bummed.”  She also added that Maddie’s character is “based on a close friend” of hers and that she “had two people on the spectrum advising me at all times.”

“I actually tried working with a beautiful young girl non verbal on the spectrum and she found it unpleasant and stressful. So that’s why I cast Maddie,” Sia explained to one commenter.

When another Twitter user pleaded with her not to release the film, Sia wrote, “I believe this movie is beautiful, Will create more good than harm and if I’m wrong I’ll pay for it for the rest of my life.”