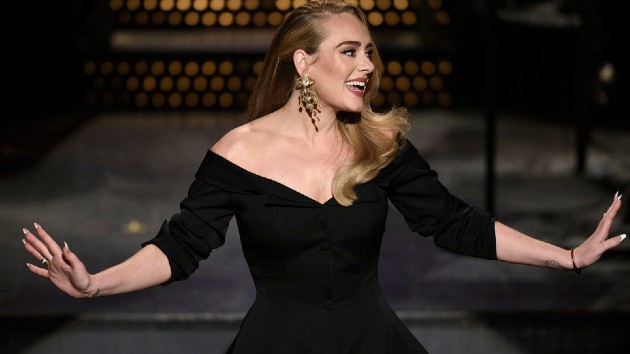 Will Heath/NBCIt has long been rumored that Adele is dating British rapper Skepta, but now sources are telling People “things have been heating up” between the two.

A source close to the singer confirms to the mag that Adele and Skepta are indeed a couple and have been getting closer in recent months. “They run in the same circles in London, and she’s having fun,” the insider adds.

The two have been friends for years and are from the same neighborhood of Tottenham, London. Sources say they’ve bonded over their love of music and being parents to young kids.

The first hint at a potential budding romantic relationship between the two emerged in October 2019 shortly after Adele filed for divorce from her husband Simon Konecki after three years of marriage and seven years together in total.

A source at the time dished to The Sun that the two were “spending more and more time together” and added that “they are both private about their love lives and they are both committed to their children first and foremost as well.”

Adele shares eight-year-old son Angelo with her ex, while Skepta has a young daughter.

Over the weekend, Adele returned to the spotlight by hosting SNL. Still no word on a new album, which she declared on SNL wasn’t finished.