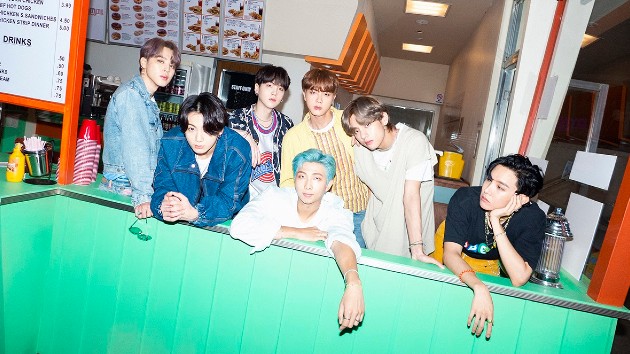 Big Hit EntertainmentBTS got the royal treatment at this year’s MLB World Series — well, their stand-ins did.

Cutouts of the “Dynamite” group landed front-row seats to one of the the most prestigious baseball games of the year. In a 30-second clip shared by the L.A. Dodgers on Tuesday, the group’s cardboard clones were on full display at Globe Life Field in Arlington, Texas, where the the World Series is taking place.

“We already know who @BTS_twt is rooting for,” the team cheekily tweeted. “Who’s your bias? Ours is Yoongi. #WorldSeries.”  Yoon-gi is the birth name of BTS member Suga.

The chart-topping boy band members weren’t the only celeb cutouts in attendance — but they did nab better seats than NFL stars Tom Brady and Rob Gronkowski.

Although BTS wasn’t actually present as the Dodgers took on the Tampa Bay Rays, there were actual fans in attendance at Tuesday’s game.  The Dodgers won, by the way.

We already know who @BTS_twt is rooting for. Who’s your bias? Ours is Yoongi. #WorldSeries pic.twitter.com/HNMw212UKh