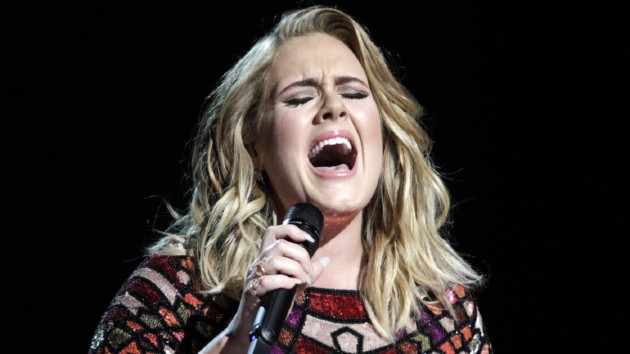 Francis Specker/CBS via Getty ImagesThe news that Adele is going to host this weekend’s Saturday Night Live is bound to send millions of fans rushing to tune in — not just to watch her perform, but to check out her dramatic weight loss, which she’s only offered glimpses of in social media posts.  However, one of her BFFs says people shouldn’t focus so much on what the Grammy-winning star looks like, and concentrate on what she sounds like.

Appearing on the British talk show Lorraine on Monday, comedian Alan Carr — who’s so close to Adele that she officiated at his wedding — said he wishes people didn’t make such a big deal over his pal’s appearance.

“She’s always been gorgeous with those eyes and those lips,” he said. “But you sort of missed the point if you’re just worried about what size [panties] she wears. ‘Cause it’s the voice. It’s that inspirational, awesome voice.”

Adele first surprised fans with her physical transformation with a birthday post back in May, and has since posted several other photos in which many fans feel she’s nearly unrecognizable.  But it’s safe to say that most fans are just eager for new music from Adele, no matter what she looks like when she sings.