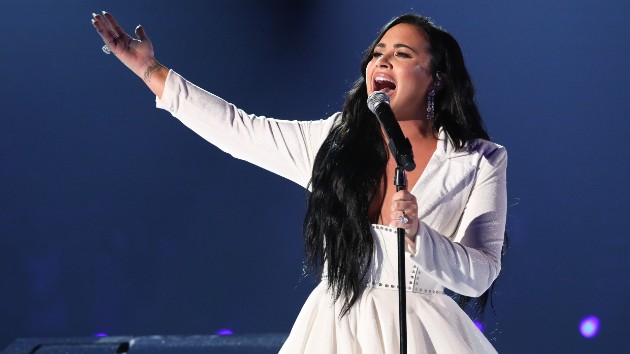 Monty Brinton/CBS via Getty ImagesDemi Lovato is letting her music do the talking following her split with fiancé Max Ehrich.

The singer released a new song called “Still Have Me,” with lyrics detailing how she’s coping with a broken heart.

“I’m a mess and I’m still broken/But I’m finding my way back/And it feels like someone’s stolen/All the light I ever had,” she sings softly on the track. Then, she belts the chorus, “I don’t have much, but at least I still have me/And that’s all I need.”

Demi teased the song on Tuesday night, writing, “Music is always there for me… song in the am.”

The song is available to listen to on Demi’s socials, with plans to be up on streaming platforms soon.

Demi and Max ended their two-month engagement last week. Max claimed on social media that he found out about the breakup through the tabloids, but Demi’s camp says that’s not true.

On Monday, Max posted, “One chapter finally closed this am. And now I turn the page.”