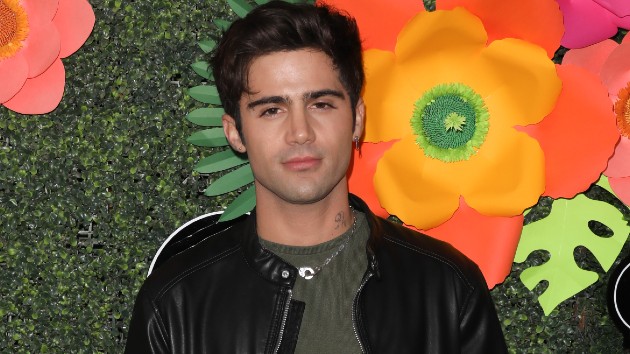 Paul Archuleta/FilmMagicMax Ehrich is doubling down when it comes to how he found out about his split from Demi Lovato.

In a series of Instagram Stories posted on Sunday, The Young and the Restless actor took a moment to give the play by play on how his relationship unfolded before his eyes.

“I was on the set of my new movie, Southern Gospel, with crew and cast members right next to me who literally watched me open my phone where I then opened a tabloid,” he explained.

“This is the God’s honest truth of how I found out about the ending of the engagement and have people from my film who saw the whole thing go down and helped me get back into character to continue my job,” the 29-year-old continued.

“I had cast and crew with families relying on me to do my job,” he wrote. “That being said, please end this narrative and focus on more important issues in the world. I love and forgive everyone involved. Let us be. Let us heal. God bless.”

In following posts Ehrich shared screenshots of text messages, one of which shows that he texted someone and said, “To find out over the internet was beyond anything I could’ve ever imagined a person could do to another human.”

He also revealed that he has yet to speak to Lovato “over the phone” and they “haven’t even officially ended anything to each other” before sending well wishes out to his ex-fiancé.

“I love Demetria and just want her to be healthy and safe,” he penned. “If you’re reading this…. I love you always unconditionally… no matter what.”