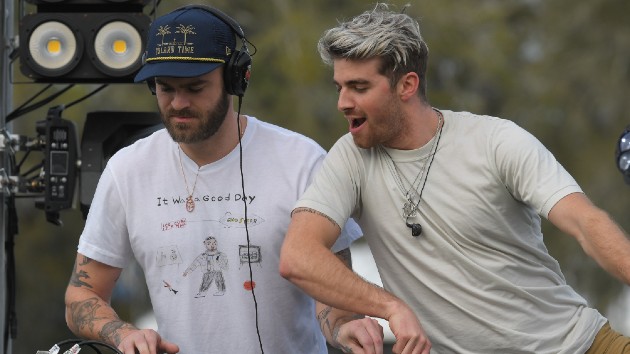 Stan Badz/PGA TOUR Via Getty ImagesThe Chainsmokers have a very successful music career, but Alex Pall and Drew Taggart just took in a cool $35 million for something that has nothing to do with their ability to make hit songs.

As Techcrunch reports, Alex and Drew have started a venture capital fund called Mantis, and it’s raised $35 million in commitments from investors like billionaire Mark Cuban.  So far, Mantis has already invested in several start-ups, including the fitness app Fiton, and a mortgage-lending startup called LoanSnap.

Drew and Alex say they’ve been inspired by veteran musician Jimmy Buffett, whose numerous side businesses include branded restaurants, casinos, hotels, stores and, recently, retirement communities.  Just like Jimmy, The Chainsmokers want to invest in stuff that will appeal to their fans as they age.

“When we started eight years ago, our fans were primarily all in college,” Drew tells Techcrunch.

“Now they are dealing with paying back their college loans, and they’re probably applying to buy their first house, so a company like LoanSnap feels like one of those startups whose services our fans have grown into needing.”

In addition to Mantis, The Chainsmokers also run a TV and movie production studio, are stakeholders in a brand of spirits called JaJa Tequila and co-founded a ticketing platform called Yellowheart.  That’s all in addition to their day job of touring the world, making records and securing lucrative DJ residencies.