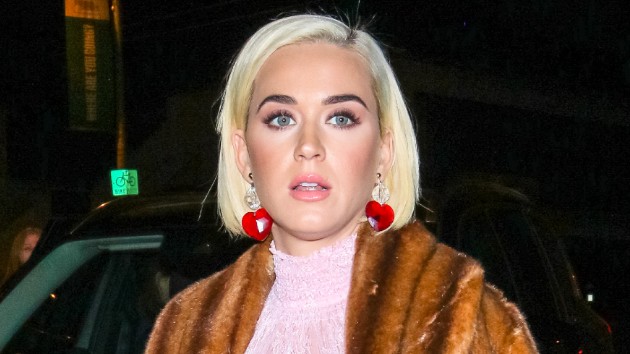 TM/Bauer-Griffin/GC ImagesAs a new mom, it’s no wonder that Katy Perry is in ultra-protective mode.

E! Online reports that the star has been granted a temporary restraining order against a man named William Terry, who she claims has “trespassed on my property, is stalking me, and who threatened my family.”

In court documents obtained by E!, Katy says the man “poses a credible threat” to her safety, and that she’s “suffered significant and severe emotional and psychological distress” as a result of the man’s actions.

According to the documents, on August 3, the man tried to get onto Katy’s property by lying to her security team and saying he’d been invited.  Then, on September 8, the documents claim he “jumped the fence” at her house, and was then placed under citizen’s arrest.  He was then taken into police custody, but has been released.

Terry, described by Katy as a “complete stranger,” must now stay at least 100 yards away from Katy, Orlando, their new daughter Daisy and Orlando’s nine-year-old son Flynn.  Terry also is prohibited from contacting Katy directly, or via social media, and must refrain from harassing and threatening her.

The temporary restraining order runs through October 8; it will be followed by a hearing.