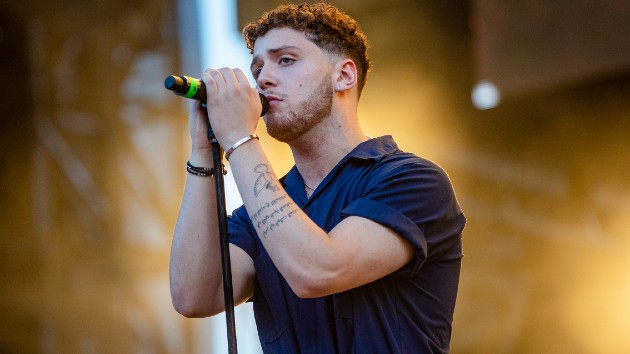 Josh Brasted/FilmMagicBazzi is opening up about how he’s been handling quarantine — and it hasn’t been good.

In an open letter on social media, the singer admitted to fans that his drug use and drinking have gotten out of hand during the pandemic.

“i think we can all agree the last few months have been pretty sh****,” he wrote. “i’d like to be honest & say i think i’ve also handled this time pretty bad. i’ve been very unhappy.”

He continued, “i’ve let a drug problem get out of hand, i’ve been drinking my boredom away, i’ve had no sense of structure or anything to work or live towards.”

Bazzi added that he feels himself becoming “bitter” towards the world and it’s caused him to distance himself from everyone. But he said he’s ready for a change.

“i’m tired of letting the weight of the world hold me down,” he concluded. “i don’t have anything else really to say or some sort of silver lining to encourage but i figured saying something is a good start. have a good tuesday.”

After posting the message, he thanked fans for their support on his Instagram Story.

“life can be a lot less hard if we do it together,” he wrote. “i got all of you like you got me. i’m going to get better for all of us.”