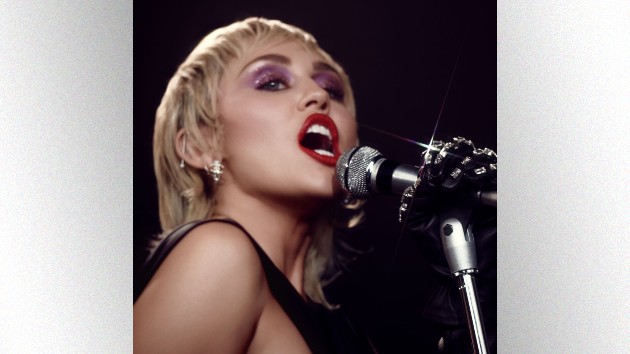 Courtesy of Miley CyrusFollowing a TMZ report that Miley Cyrus and her boyfriend Cody Simpson had split, Miley herself confirmed the news during an Instagram Live appearance, ahead of the release of her new song, “Midnight Sky.”

In the IG Live, captured by a fan and posted by a British tabloid, Miley says that she’s through with “the media” trying to “control” her “narrative.”  She then adds, “So today, it came out that me and my boyfriend have broken up. It was confirmed by a ‘reliable source’ even though no one is reliable in a relationship except the individuals who are participating in it.”

She goes on to say, “But right now, two halves can’t make a whole and we’re individually just working on ourselves to become the people that we wanna be, like everybody else at this age.”

Indeed, Cody is still supporting Miley: On his Instagram Story, he posted a clip and picture of her new song and wrote, “Congratulations to the most special of all.”

In other Miley relationship news, in an episode of Barstool Sports’ Call Her Daddy podcast, she reveals that she lost her traditional virginity at age 16 to her future husband, Liam Hemsworth, but the first time she ever “hooked up” with anyone was with a girl — “two of them,” she says.