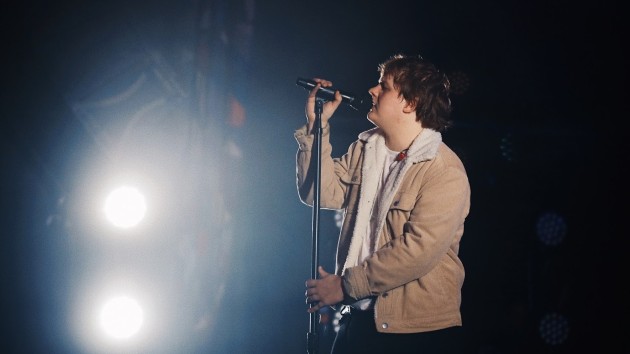 Aysia MarottaLewis Capaldi is definitely not a one-hit wonder.

His latest single “Before You Go” has reached number-one on Billboard’s Adult Pop Songs chart, which measures radio airplay. It’s his second number-one on that chart, following last year’s smash “Someone You Loved.”

As Billboard reports, this makes Lewis the first solo male artist to reach number-one with his first two songs on that chart.  Overall, he’s one of only five acts who’ve accomplished this, after fun., Lorde, Daughtry and Maren Morris.

It took 34 weeks for “Before You Go” to hit the top of the chart, which is also a record among solo male artists.  The overall record of 45 weeks is held by “The Bones,” by Maren Morris.

On the Billboard Hot 100 chart, which measures sales, streams and airplay, “Before You Go” is number 11.  Lewis reacted to the news by tweeting, “F***KKKK BEFORE YOU GO IS NUMBER 11 IN THE SINGLES CHART IN AMERICA!!!“

“Before You Go” is about the emotions that survivors go through after someone they love takes their own life. It was inspired by the suicide of Lewis’ aunt, which happened when he was a child.