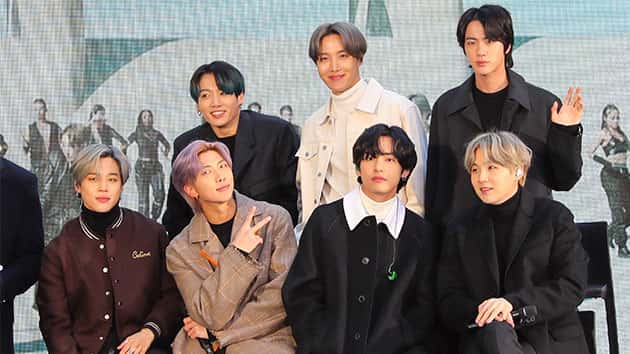 Jose Perez/Bauer-Griffin/GC ImagesBTS fans get ready because the band just announced that their new concert film Break The Silence: The Movie will begin screening on September 10.

The film will show the global pop stars while embarked on their first international tour, The BTS World Tour Love Yourself: Speak Yourself. The tour ran from May 2019 until October 2019 and took place in cities like Los Angeles, Chicago, New York, London, Paris, and Seoul.

The worldwide stadium tour was the source of many achievements for the group. It not only topped the Billboard Boxscore, but it also marked BTS as the first Korean group to perform at Wembley Stadium in England.

In addition to watching the performers in action, Break The Silence: The Movie will give viewers “unprecedented access” to all seven members of the South Korean boy band. Audiences will be privy to another side of the artists as they candidly tell never-before-shared personal stories.

Limited screenings for the film will start September 10 followed by more beginning September 24.

Tickets for Break The Silence: The Movie start Thursday, August 13.