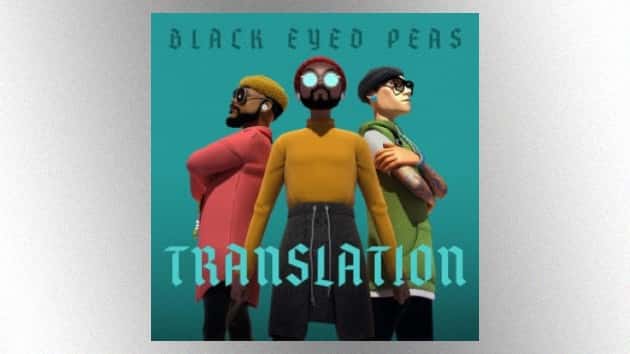 Epic RecordsAfter teaming with J Balvin for the hit “Ritmo (Bad Boys for Life)” earlier this year, the Black Eyed Peas released Translation, an entire album of collaborations with major Latinx stars. But according to the Grammy-winning group, delving into Latin music isn’t exactly a stretch for them.

“I’m inspired by the Latin movement. I was raised around Mexicans when I was growing up and so I’ve always been around Latin culture,” front man Will.i.am tells ABC News. “So right now just seems the right time to collaborate and show, y’know, appreciation for what the world has to offer when it comes to Latin [sounds].”

The current hit from Translation, “Mamacita,” features Ozuna; other Latinx stars on the album include Shakira, Nicky Jam, Becky G and Maluma.  But as Taboo points out, working with Latin artists is something they’ve done for years.

“When you get to Elephunk, we had a song called ‘Latin Girls’ with Debbie Nova,” he says, referring to the group’s breakthrough 2003 album.

“We collaborated with Latin artists like Juanes…Will worked with Daddy Yankee in 2004,” he adds. “So we’ve had affiliation and inspiration of the Latin world since the beginning.”

“And now we just…laser focused…by collaborating with these amazing artists that happened to be Latin. We’re just celebrating the culture and honoring them.”

According to Taboo, there’s no better music for our present moment.

“I think it’s the perfect time for something that brings joy and happiness, because I think that’s the thing that people are looking for, especially in these uncertain times,” he explains.

“We’ve been blessed to be able to provide that, so I’m glad that Translation came out at the time that it did, because a lot of people need the healing. And I feel like this is therapeutic and…healing for everyone.”