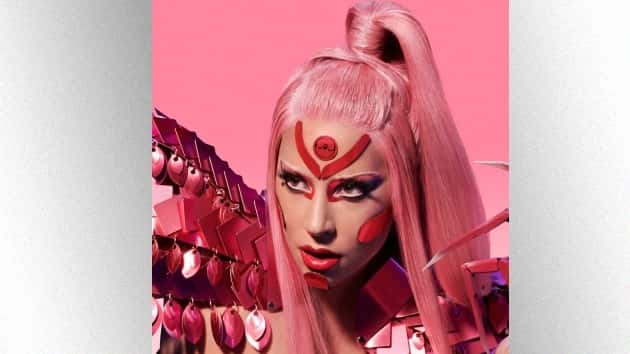 Norbert SchoernerHot on the heels of Lady Gaga scoring a bunch of MTV Video Music Award nominations for her Ariana Grande collab “Rain on Me,” she’s teasing now a new video for another major duet on her album, Chromatica.

The video is for “Sine from Above,” her collaboration with her good friend Elton John.  Gaga posted a clip of the video on Instagram and it shows her in alien/monster mode, showing off many of the visuals she’s been using to promote the album.

There’s no word on whether Elton himself will appear in the video, or when it will be released.

Elton and Gaga have performed together numerous times on TV, and they recorded the song “Hello, Hello” for the soundtrack of the 2011 animated movie Gnomeo & Juliet, though it was never officially released.  “Sine from Above” is their first commercially available duet.

When Gaga did her long sit down with Zane Lowe on Beats 1 around the time of the album release, she said of Elton, “[He]’s always really challenged me to take care of my artistry and to really take care of myself. And I really, really honor that about him. He is so, so uniquely special.”

Gaga also is the godmother to Elton’s two sons, Zachary and Elijah.