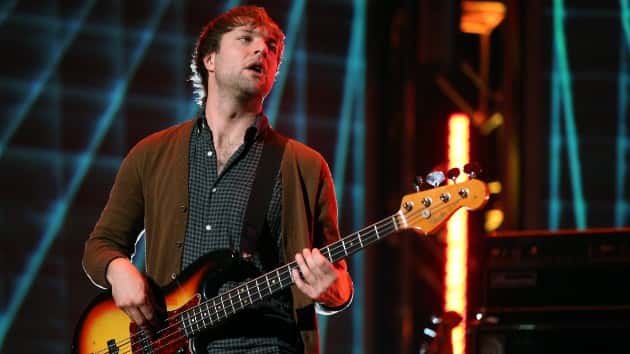 Christopher Polk/Getty ImagesMaroon 5 bassist Michael “Mickey” Madden is taking a leave of absence from the band, two weeks after he was arrested for an alleged domestic violence incident, People reports.

“I have some things that I need to deal with and address right now and so I have decided to take a leave of absence from Maroon 5 for the foreseeable future,” Madden says in a statement to People. “During this time, I do not want to be a distraction to my bandmates. I wish them the absolute best.”

Madden was arrested in L.A. late last month and charged with intimate partner violence. He was released the same day after posting $50,000 bail. The details surrounding the incident are unclear and the victim has not been identified.

A spokesperson for Maroon 5 told People in a statement at the time, “We are deeply devastated by this disappointing news. As we learn more, we are looking at this very seriously. For now, we are allowing all of the individuals involved the space to work things through.”