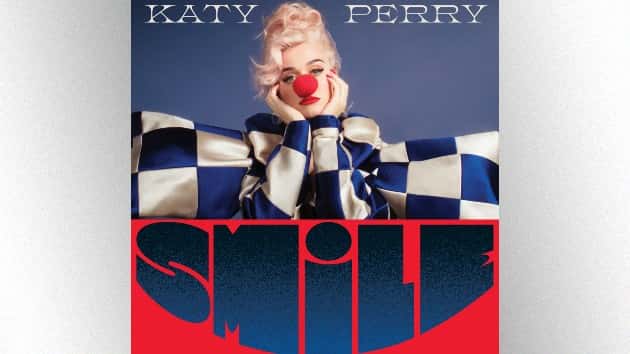 Capitol RecordsKaty Perry is finding new ways to put a smile on your face. The singer has released a joyous “performance video” for her new song, “Smile.”

In keeping with the clown theme she introduced with her album’s cover art last week, the clip features Katy giving her modern maternity spin on the clown suit.

Clad in a colorful polka dot outfit with red hearts painted around her eyes, she sings and dances around oversized objects — including, at one point, her own giant smiling face.

“Smile” is the title track for Katy’s upcoming fifth studio album, set to be released August 14. The album also features her previous single, “Daises,” as well as “Never Really Over” and “Harleys in Hawaii.”