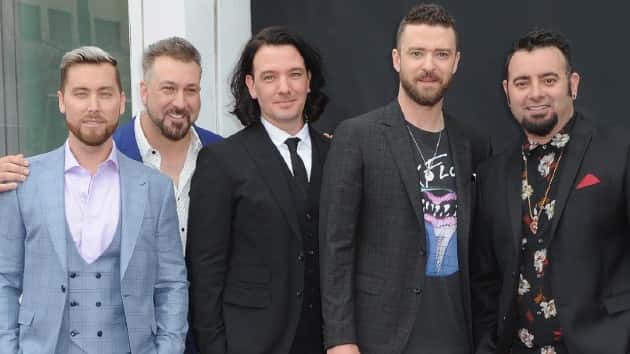 Far Left: Lance Bass; Albert L. Ortega/Getty ImagesWith everything going on in the world, it’s hard to remember that June is Pride Month.  The Hollywood Reporter has recognized that with a special Pride issue, featuring an oral history of “How I Came Out in Hollywood,” as told by multiple gay celebrities, including *NSYNC‘s Lance Bass.

Lance describes how he was “scared s***less” about people learning his secret the height of *NSYNC‘s popularity.

“I knew, especially in the year 2000, that if anyone found out that I was gay, *NSYNC’s career would be completely over, and these guys would hate me for the rest of my life,” he says.

But when he finally did come out to his band mates, that isn’t what happened.

“The guys are still so pi**ed that I wasn’t able to tell them when we were still a group…they absolutely don’t care about me being gay,” Lance admits. “The thing that pi**ed them off the most is they thought that we could’ve had so much more fun together at the height of *NSYNC. I could’ve been my real self with them, and they wish they could’ve had that.”

As for what prompted his coming out in 2006, Lance says he was vacationing in Provincetown, RI and a random guy recognized him and asked him if he was gay.  He said yes, but unfortunately, the guy was a reporter from The Washington Post. When his phone started ringing off the hook, Lance knew he had to say something, so he arranged to tell his story to People.

“It all happened within 48 hours of coming back from that vacation,” he recalls. “Talk about a Band-Aid being ripped off very publicly.”

Other stars who tell their stories to THR include Clay Aiken, Jim Parsons, Rosie O’Donnell and Neil Patrick Harris.