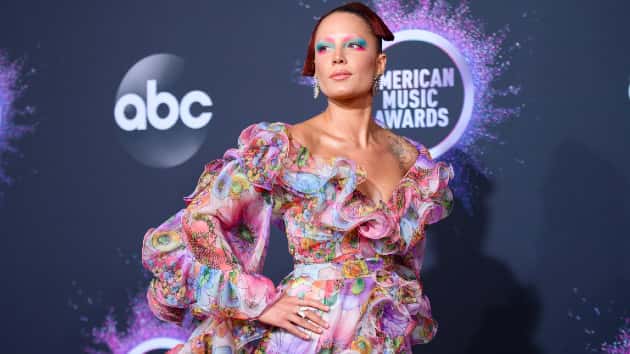 ABC/Image Group LAHalsey isn’t about to stay silent when it comes to racial inequality and police brutality following the death of George Floyd, and she’s calling on other celebrities to use their platform to speak out as well.

“unfollow me. i don’t care if you don’t want to see ‘this stuff’ on your timeline,” she tweeted. “Twitter has long since evolved from being an entertainment space to being a center of political conversation. #BlackLivesMatter.”

She continued, “talk about this in your homes. Talk to your friends and family. Show them photos. Say his name. If your loved ones have the privilege to ‘stay away from that kind of news’ take that f****** privilege away.”

Halsey then called out celebrities who have been staying quiet.

“There are no ‘contracts’ keeping celebs on American soil from speaking up about this,” she writes. “They are just choosing not to because a brand is more important and they want to keep pocketing the money of racists. F*** all of em. Idc.”

She concluded, “man f*** every single person with a platform who is choosing to be silent. idc. f***all of them. you have a platform. you have seen that a man was murdered. you don’t care.”

Halsey’s fellow artists Taylor Swift, Ariana Grande, Demi Lovato, Madonna, Billie Eilish and Justin Bieber are among those using their platform to raise awareness following the incident in Minneapolis Monday night. Floyd, a black man, was killed after a white police officer kept his knee on the man’s neck, even after Floyd said repeatedly that he couldn’t breathe.

All four officers involved in the incident were subsequently fired. The FBI is now investigating.

unfollow me. i don’t care if you don’t want to see “this stuff” on your timeline. Twitter has long since evolved from being an entertainment space to being a center of political conversation. #BlackLivesMatter