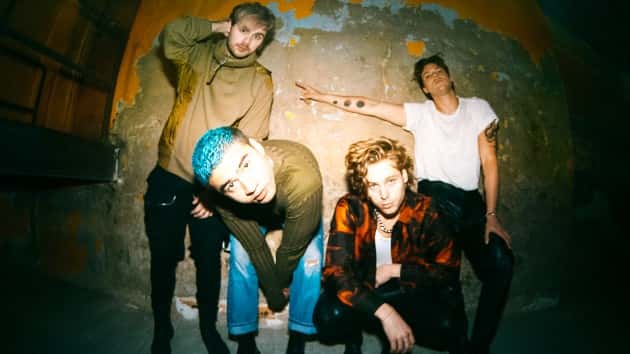 Andy Deluca5 Seconds of Summer‘s fourth album C A L M is out Friday. While the Australian band is quarantining right now, bass player Calum Hood tells ABC Audio he’s psyched that fans are finally able to enjoy the record in full, since they’ve been releasing tracks from it since last May.

“I’m excited for people to hear it. I think I’m less nervous than any other Gallery not found. Please check your settings.…just because I think we’re confident within the songs, and I think we’ve let go of all those expectations of, I guess, commercial success,” he says. “So for the fans, I’m really stoked ’cause they’ve been hanging out for a while.”

Calum says one positive thing about the quarantine is that it’s given them “time to really connect and interact with our fans online.”

“It’s been a new and exciting kinda adventure for us,” he says, but adds that he’d like all 5SOS fans to “take this thing seriously” and “help one another out.”

Because COVID-19 has touched the group: their producer Andrew Watt has the virus.

“He seems to be in fine spirits at the moment,” Calum says of Andrew. “[It’s] just a bit of hard reality when you hear someone that close to you [has] it. He’s a trouper, so luckily he’s all right.”

Calum says the title of C A L M doesn’t describe the music that’s on the album, but the title is very meaningful.

“It’s the acronym for all our names — Calum, Ashton, Luke, Michael — and it’s been a word that has been reverberating within the fan base since we really began,” he explains. “It’s another way to pay homage to people who’ve been with us for a long time.”

Calm adds that C A L M reflects “a new sense of liberation and confidence within ourselves.”