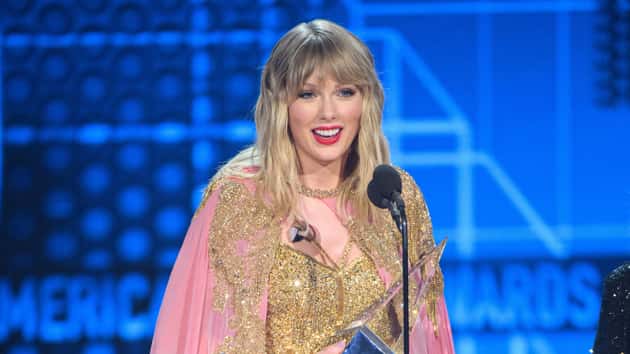 ABC/Image Group LA Taylor Swift, once again, is showing her fans how much she cares about them by going above and beyond to help those in need.

After a struggling fan named Samantha Jacobson revealed on Tumblr she was unable to donate to the charity Taylor referenced when breaking her silence on the leaked phone call with Kanye West because she is temporarily unemployed due to the COVID-19 pandemic, Swift immediately reached out.

“Samantha, I saw your tweet abut being stressed about bills piling up and I want to help,” Taylor wrote in a private DM on Wednesday.  “What’s the best way I can gift you $3000?  Do you have PayPal?”

The fan, obviously, was completely blown away by Tay’s generosity and explained in a subsequent Tumblr post, “Today I guess [Taylor] was checking up on me and saw that I had lost my job and only source of income due to this pandemic and she sent me this message on twitter.”

Taylor also cheered Samantha up with an encouraging note, “Love you buddy, sending you a hug.”  The name “buddy,” as the fan reveals, was what Taylor addressed her as when they first met.

SHE CALLED ME BUDDY THE FIRST TIME WE MET TOO I AM HAVING AN ABSOLUTE BREAK DOWN pic.twitter.com/pyVKWHruEk

Samantha isn’t the only struggling fan the “Lover” singer helped on Wednesday.  Another girl named Holly Turner revealed that Swift also sent her $3,000.

“I made a post on tumblr about how i was scared i wouldn’t be able to stay living in NYC because of what corona has done to the music industry,” Holly revealed in a tweet. “@taylorswift13 literally single-handedly saved my ability to stay here.”

As with Samantha, Taylor also enclosed an encouraging note along with her donation, writing, “Holly, You’ve always been there for me. I want to be there for you right now.  I hope this helps.  Love, Taylor.”

i made a post on tumblr about how i was scared i wouldn’t be able to stay living in NYC because of what corona has done to the music industry. @taylorswift13 literally single-handedly saved my ability to stay here. i cannot even believe my eyes right now pic.twitter.com/3hAxkSVvGo