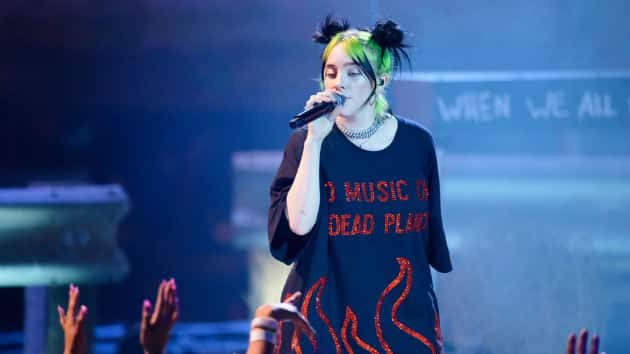 In the episode, available for YouTube Premium members Tuesday, the singer expresses just how deep her love for Justin goes.

“Anything that he makes at all, I’m excited about,” she says. “I don’t care if he pooped and put it on a plate and put that in a store. I’m excited! Anything that Justin makes, I’m ready to go.”

Billie also addresses Justin’s journey and how she’s inspired by the way he keeps moving forward no matter what life throws at him.

“I would say that he’s doing better and that makes me so happy because, you know, I like, care about him more than, like, anyone in my life,” she says with a laugh.

Billie is among several other artists interviewed for the Seasons finale, including DJ Khaled, Usher, and Big Sean.

Billie previously geeked out over meeting Justin at Coachella last year. The two later collaborated on a remix of Billie’s “bad guy.”