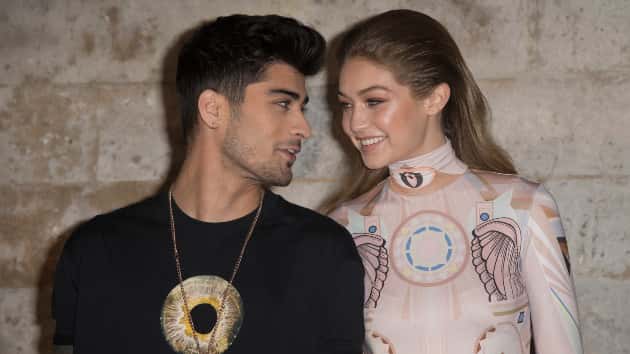 Dominique Charriau/WireImageLooks like Zayn and model Gigi Hadid are back on again.

Gigi seemingly confirmed their relationship status on her photography Instagram page, @gisposable, just in time for Valentine’s Day Friday. She posted a photo of Zayn from December 2019, captioning it, “HEY VALENTINE.”

Last month, E! News reported that the two had gotten back together following their January 2019 split.

“Gigi and Zayn got back together right before the holidays in December,” a source told E! News. “Zayn has been reaching out to Gigi for the last month and she is giving him another chance.”

The insider continued, “She has always loved him and the break between the two was needed. Zayn has been working on his past music and focusing on his health and is in a really good place currently.”

Zayn and Gigi were first linked back in November 2015 before publicly ending things in March 2018. They then reconnected in October 2018 before they were on the outs again in January 2019.