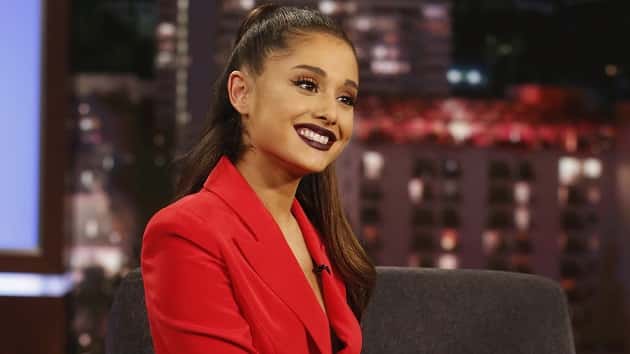 ABC/Randy HolmesFor major fans of Ariana Grande, the name Alexa Luria rings a bell.  The two have been close friends since childhood and Grande even got a tattoo on her thumb in honor of Luria in 2016.  However, it seems the two women have gone their separate ways.

When a fan account reached out to Grande on Thursday to ask why she no longer followed Luria on Twitter, the “7 Rings” singer gave a rather somber response.

“Sometimes people outgrow each other no matter how much they love one another or how much history is there,” Grande explained before expressing faint optimism. “Hopefully it’s temporary.”

The three-time Grammy winner refused to divulge what fractured her longtime friendship.

Despite the two no longer being close, the 26-year-old still wishes to protect her former friend.

“All i ask is that y’all please not get involved or send anything negative her way,” Requested Grande while adding a black heart emoji to her explanation.  “Want to get ahead of that.”

After receiving an outpouring of support from fans, the singer once again had to remind her followers not to pry into such a personal matter.

When a fan assured Grande that she needn’t share “everything with us,” the “Dangerous Woman” singer agreed, “for sure. just trying to protect her also.”

Grande also followed up with another commentator who promised not to drag Luria into any E-drama by thanking, “i appreciate it. if you see anyone doing that at any point please ask them kindly not to.”

As of early Friday, Luria is still following Grande, which gives fans hope that the two former besties can eventually mend what was broken.