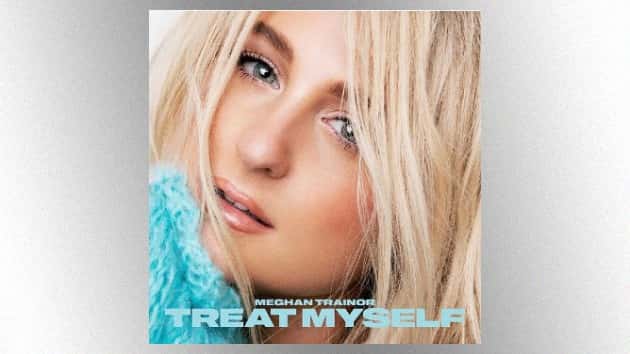 Epic RecordsMeghan Trainor‘s new album Treat Myself has been in the works for a long time — originally scheduled to come out last year, it’ll now drop January 31.  Why the delay?  Meghan tells Billboard that she and her team didn’t quite know which musical direction to take.

“I wrote four albums [of material] because I was adapting to what’s going on in the music industry. I got into such a dark place of, ‘I don’t know how to follow all these rules,’” Meghan confesses.

“I kept writing the best songs I could…and finally I got to a place where my label and I were like, ‘Okay, I can’t beat these songs,’” she explains.  So this time around, Grammy-winner says she wasn’t trying to write “hits.”

“I wanted respect from other musicians, I didn’t care if radio would play it or not,” Meghan tells Billboard.  “Of course I want my songs to have a moment again, because I work so hard on them.  But if it doesn’t happen, I’m finally at this place where I’m letting go.”

You can see Meghan on tour as Maroon 5′s opening act starting May 30, and later this year, she hopes to release some original Christmas music.