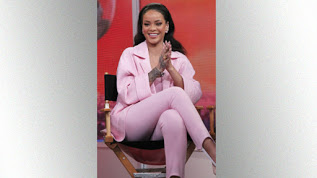 Forbes has released its annual list of the World’s Most Powerful Women, and three superstar female musicians have made the cut: Rihanna, Beyoncé and Taylor Swift.

Rihanna is #61 on the list, not because of her music, but because of her success with her makeup brand, Fenty Beauty, which grossed an estimated $570 million last year.  She’s also on the list due to her other business ventures, namely her new fashion line with LVMH, and her lingerie line, Savage X Fenty.

Beyoncé is #66 on the list, thanks to her On the Run II stadium tour with hubby JAY-Z, her Homecoming live album and Netflix special, her new partnership with Adidas to relaunch her Ivy Park brand of activewear, and her role as the voice of Nala in The Lion King.  Forbes also notes that Jay-Z is now a billionaire thanks to his investments in art, liquor and the music business.

Finally, Taylor Swift comes in at #71 on the list, thanks to her recent political activism, her new record deal, her insistence that her new record label share the proceeds of the future sale of its $1 billion stake in Spotify with its artists, and the fact that her Reputation stadium tour was the highest-grossing in U.S. history, raking in just over $266 million.