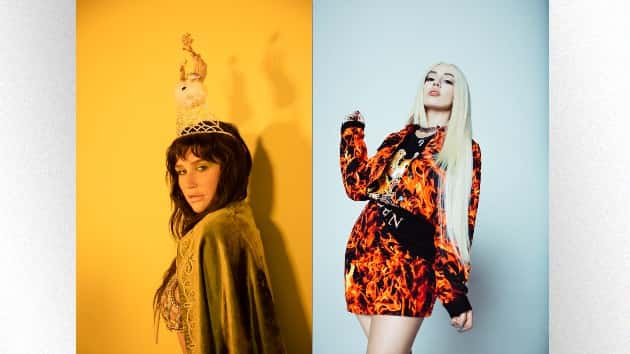 First up is Kesha, with another track from her upcoming album, High Road.  The song is called “Resentment,” and it features Kesha singing with Wrabel, her longtime musical collaborator who co-wrote the song, as well as Americana star Sturgill Simpson and Beach Boys legend Brian Wilson.

The country-flavored song comes with a video Kesha shot on her iPhone 11 Pro, which features her moodily wandering around in a bedroom, bathroom and living room as she sings the song about her feelings for her significant other.

“Resentment is such a powerful and destructive emotion and in my experience is more complex than hate or anger,” Kesha says in a statement.

As for her three collaborators, Kesha says, “Brian Wilson is one of my personal musical heroes, so when he said he would collaborate with me on the recording…that moment was one of the most exciting in my career.”

“Then add in Sturgill who I respect and admire so much, as well as my close friend, the insanely talented songwriter Wrabel, and this record felt more like a dream than just another song to me,” Kesha adds.

High Road has now been pushed to January 31 because new music is being added to it.  Also next month, Kesha will announce a headlining U.S. tour.

Meanwhile, Ava Max has released yet another single, this time the fan favorite, “Salt,” which has been floating around YouTube since July. It’s now finally available at all DSPs and is one of a handful of singles the “Sweet but Psycho” singer has released in 2019.