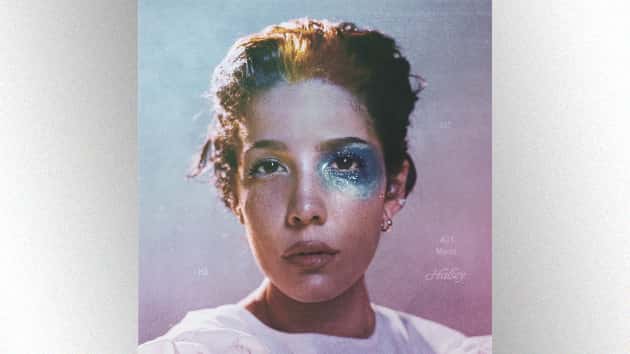 The accompanying music video for the latter song begins with Halsey singing in an empty club while strumming an acoustic guitar. It then switches from that raw and stripped-down scene to her performing all glammed-up for an audience. The video continues to switch between the two scenes: one real, one artificial.

Earlier this week, Halsey revealed the track list for Manic, which is due out January 17. It features her latest single “Graveyard,” as well as her hit “Without Me” and the previously released “clementine.” It also features interludes with Alanis Morissette and singer and rapper Dominic Fike.