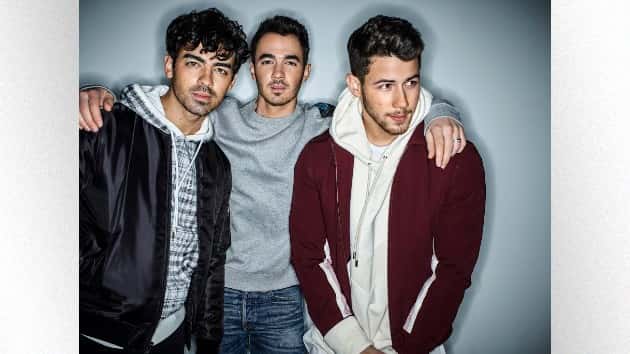 Peggy SirotaOne of the best musical surprises of 2019 was the Jonas Brothers reunion, which resulted in a #1 hit — “Sucker” — a number one album — Happiness Begins — a sold-out tour and a Grammy nomination.  OneRepublic‘s Ryan Tedder was the executive producer on the project and also co-wrote “Sucker,” but he tells ABC Audio that he was one of the few people who believed the return of the JoBros would be huge.

“It was a very, very small group of people that believed it was going to happen,” he tells ABC Audio. “I had…many peers…in L.A. and music kind of, like, smile and roll their eyes when I’d say, ‘Yeah. I’m E.P.’ing the Jonas Brothers comeback.'”

“There was way more of that than there were people that were like, ‘Oh, my God, let me write a song for ’em!'” Ryan continues. “[But] for whatever reason, the moment Wendy [Goldstein at the band’s label] told me it was going to happen, every alarm went off in my gut.”

Of course, Ryan was right, and the good news is that the Jonas Brothers reunion will continue for the foreseeable future.

“I just from day one felt that it was gonna work and I’m happy that it did,” he says. “And I know they’re happy. And we’ve already banged out so many songs for the next album, it’s ridiculous. And that is moving along at a neck-breaking pace.”

No word on when that album will be out, but Ryan’s band OneRepublic also plans to put out a new album in 2020.