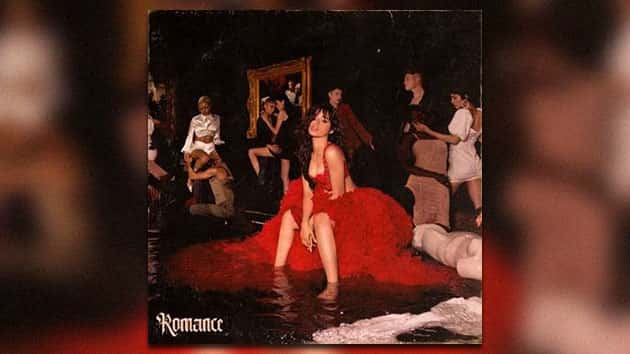 A week ahead of its release, Camila Cabello has unveiled the track list for her new album Romance, out December 6.  While the star has released a handful of songs from the project already, there are still plenty to discover.

Totaling 14 tracks in all, Romance features previously released songs “Shameless,” “Living Proof” “Easy,” “Liar,” “Señorita” and “Cry for Me.”  Besides Shawn Mendes, the only other featured artist on the album is rapper Da Baby, on a song called “My Oh My.”

“Welcome to the world of Romance,” Camila captioned the video that revealed the songs.   On Instagram, she wrote, “With this album, the art was life itself. And I was just a painter trying to paint it as closely as possible to what I was seeing. This album feels so close to me that I get actual chest pains and knots in my stomach listening to some of these songs. This was a huge chapter in my life: this album, these songs.”

If you want a preview, check out her new Apple Music concert Camila Cabello Live: New Music Daily Presents. A video playlist of the concert is available now; the full-length show will arrive in early December.

The concert was taped earlier this month, and features Camila discussing her writing process and performing hits like “Havana” and “Never Be the Same,” as well as “Shameless,” “Liar,” “Easy” and never-before-heard tracks from Romance.

.@Camila_Cabello performs some of her biggest hits for an intimate audience.