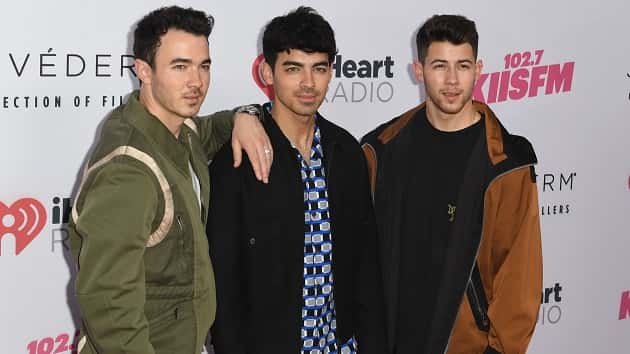 Freeform/Kyusung GongSome dangers can and do present themselves during a relaxing game of golf: the wayward angry goose, speeding golf carts, a bad putt… but not gunshots.  Unfortunately, that’s exactly what happened to the Jonas Brothers on Sunday.

U.K. paper Daily Mail reports that Kevin and Nick Jonas — along with pal Jordan McGraw — were golfing at Turnberry Golf Club in Aventura, FL on Sunday before their concert at the BB&T Center.  However, things took a turn at 17th hole when they heard a pop and noticed something steak past them.  The object struck a nearby pond.

The three instantly took cover.  Thankfully, no one was harmed.

The Turnberry golf course assures that the three were not in any danger nor were they targeted.  The course also offered a theory that a resident from a nearby high rise fired at some ducks in the pond using a pellet or BB gun.

According to a police report, similar incidents of gunfire occurred earlier that day and, also, a few weeks ago.

The Jonas brothers also believe they weren’t targeted.  Instead, they turned their full concern toward the safety of other golfers.

Daily Mail says the brothers and McGraw — who is the son of Dr. Phil — are fully cooperating with police in the investigation.

Aventura Police Major Michael Bentolila told Daily Mail that, while he does believe that it was a person shooting at ducks in the pond, authorities are “not taking it lightly.”  He continued, “This is dangerous for humans and animals. We are spending resources on trying to find out who’s doing this.”

The Jonas Brothers are currently on a comeback tour with Jordan McGraw as their opening act.