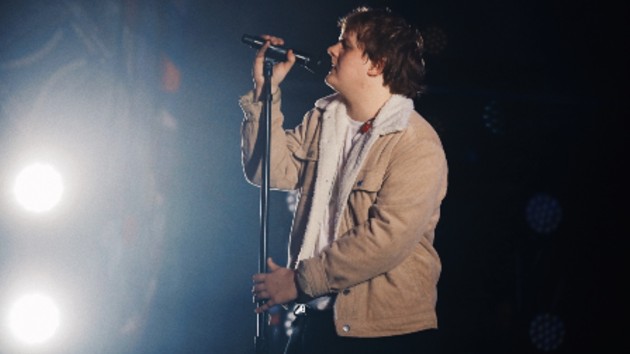 As his breakthrough single “Someone You Loved” spends a third week at #1 on the Billboard Hot 100, Lewis Capaldi has released a new single, “Before You Go,” from the new extended edition of his debut album.   While the lyrics sound like they could be about a breakup, Lewis says the song is about something much more serious — something his family has personally been affected by.

Speaking to Apple Music’s Beats 1, Lewis revealed, “It’s about suicide…not necessarily the act of it, but, like, after it happens, the aftermath of it. And…people kind of blaming themselves or starting to think, you know, ‘What could I have done to kinda help that person?’ or whatever.”

As Lewis explained, he wrote the song based on something that happened in his own family.

“When I was five or six…my aunt committed suicide and I just remember recently speaking to my mom about her feelings,” he said. “About going through that sort of rigmarole in your head of like, you know, “What could I have done here? Could I have done anything?”

“She said at first you’re angry. You kinda get angry at them. And then you get angry at yourself…she said it was a very, very strange [emotional] arc.”

The extended edition of Divinely Uninspired to a Hellish Extent is out this Friday.  Meanwhile, look for Lewis’ name to be called at least a couple times this morning when Grammy nominations are announced.