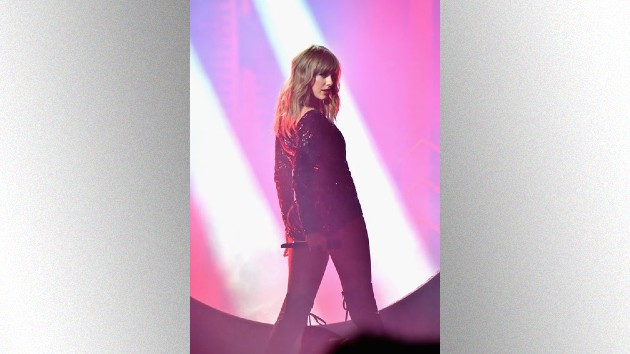 FilmMagic For dcp via ABC/Jeff Kravitz/AMA2018

FilmMagic For dcp via ABC/Jeff Kravitz/AMA2018The American Music Awards air this Sunday night on ABC, and it appears as though all eyes will be on Taylor Swift — even if she wasn’t getting the Artist of the Decade award.

Taylor’s ongoing feud with her former label over whether she will be allowed to perform her old hits on the show doesn’t seem to have been entirely resolved.  But according to Page Six, Taylor is planning to turn her appearance on the show into a strong statement about artists’ rights.

“Taylor will turn her AMA performance into a huge moment, and a powerful message,” dishes a music insider. “We are expecting to see artists such as Selena [Gomez] join her on stage as part of a fierce show of female artistic strength and empowerment.”

The insider adds, “Then, when accepting her award, Taylor will likely make a statement about artists being able to own their masters, the music they created, and how she feels she has been treated by Scooter [Braun] and Scott [Borchetta].”

Borchetta founded Taylor’s old label, Big Machine, and signed her to it.  Earlier this year, he sold the label to Braun — a situation Taylor called her “worst-case scenario,” due to her dislike of Braun.

“Her friends are all going to be pushing her message on the red carpet,” the insider claims. “Taylor’s going to play dirty with elegance and grace.”

Tune into the American Music Awards Sunday night to watch the “Sparks Fly,” starting at 8 p.m. ET on ABC.