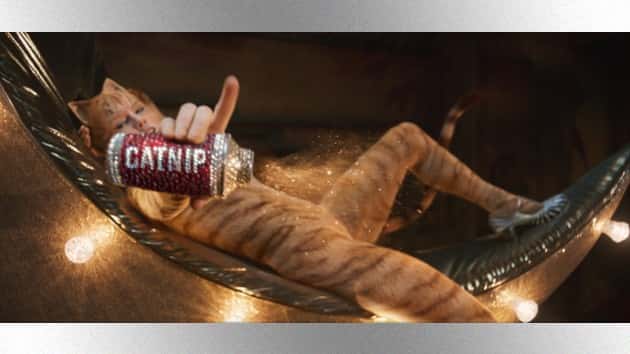 Universal PicturesThe new trailer for the movie CATS offers fans a lot more scenes of Taylor Swift in her furry feline guise as Bombalurina, but it also explains the plot a bit more.

In the trailer, we see, but don’t hear, Taylor as Bombalurina singing, dancing and descending from the ceiling on a golden moon set piece while scattering gold dust from a bedazzled can marked “catnip.”

In a voiceover, we hear Dame Judi Dench in her role as Old Deuteronomy say, “Tonight is a magical night, where I choose the cat that deserves a new life.”

Another feline adds, “The most deserving cat will be reborn into another life, so they can be who they’ve always dreamed of being.”

We also see the words, “Many will compete.  Only one can win.”  So in other words, it’s sort of a feline American Idol situation.

CATS is in theaters December 20.