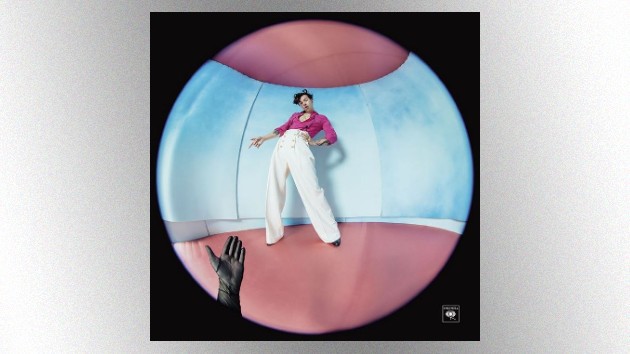 Erskine Records/Columbia Records Fresh off his appearance on Saturday Night Live, Harry Styles has revealed the track list for his new album, Fine Line. Only two songs — “Lights Up” and “Watermelon Sugar Heart” — have been released so far.  Harry performed both on SNL.

One of the Fine Line tracks is called “Treat People with Kindness,” which is a slogan Harry’s been using to tease the album for quite a while now.  The track list is also broken up into Sides A, B, C and D, like a vinyl album, but there’s only one song listed on Side D: the title track.  The album is due December 13.

Harry’s also announced five additional dates for his 2020 trek, called Love on Tour: one each in New York, Chicago, Atlanta, Orlando and L.A.  Those tickets go on sale to the general public on November 27, except for the Chicago show, which is already on sale.

The North American leg of the Love on Tour outing starts June 26 in, appropriately, the City of Brotherly Love: Philadelphia.

Side A:
“Golden”
“Watermelon Sugar”
“Adore You”
“Lights Up”

Here are the new dates: