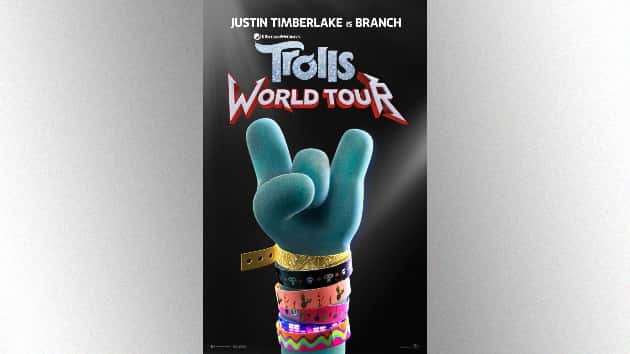 Universal PicturesJustin Timberlake‘s gig as the executive music producer of the animated film Trolls turned out pretty good: He scored a #1 hit with the song he did for the soundtrack — “Can’t Stop the Feeling!” — and also got an Oscar nomination for it.  It’s no wonder he’s returning in that role for the upcoming sequel, Trolls World Tour.

Justin wrote and recorded new original music for the soundtrack, and has recruited a bunch of top artists to join him for the project, including Kelly Clarkson, Mary J. Blige, funk legend George Clinton, R&B stars SZA and Anderson .Paak and Justin’s pal and frequent duet partner Chris Stapleton.

The soundtrack for Trolls World Tour will be out this March, but you can pre-order it now.

Trolls World Tour finds Justin’s character Branch and Anna Kendrick‘s character Poppy discovering that they’re part of one of six different Trolls tribes, all of which are devoted to a different kind of music: Funk, Country, Techno, Classical, Pop and Rock.

Queen Barb, played by Rachel Bloom, and her father King Thrash, played by Ozzy Osbourne, wants to destroy all the other music so that rock can reign supreme — so Poppy, Branch and their friends travel to the different tribes in an attempt to unite them against the mad queen.

In addition to appearing on the soundtrack, Kelly, Mary and Anderson all voice characters in the film, which arrives in theaters April 17, 2020.