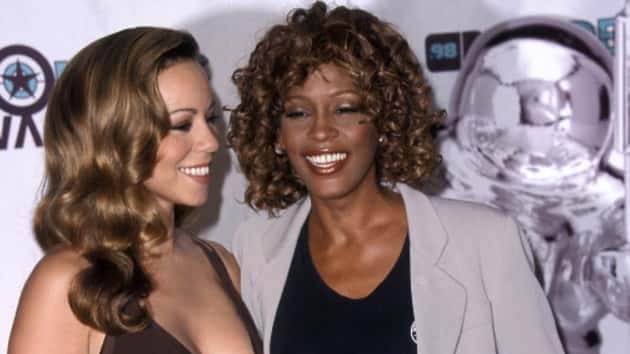 Ron Galella, Ltd./Ron Galella Collection via Getty ImagesIf you’ve ever gotten into online arguments with others because you’re a Swiftie, someone else is a Little Monster and someone else is a KatyCat, well, Mariah Carey would be very disappointed in you.

As one of the stars being honored this year in Variety’s Power of Women issue, the diva was asked what needs to change in the industry and she was quick to point out something that she feels is damaging to female artists.

“What has to change in our industry the most?  One of the things is the pitting of women against each other,” Mariah tells Variety.

She recalls, “There was the situation where, when I started, everyone was like, ‘Oh, her and Whitney [Houston], let’s put them against each other…’ We didn’t know each other! And she was one of the greatest of ALL TIME.”

“And then we finally did a duet together that won an Oscar!” she adds. “We had the best time working together. It was female camaraderie. We both got it.”

“We were like, ‘She doesn’t hate me…we’re actually having this great time together and laughing and this is more fun than I have working alone, ever!’ So I think camaraderie with women that you respect is a huge deal.”

The song in question was “When You Believe,” which the two vocal powerhouses recorded for the animated movie The Prince of Egypt.  It won the Oscar for Best Original Song at the 1999 Academy Awards.