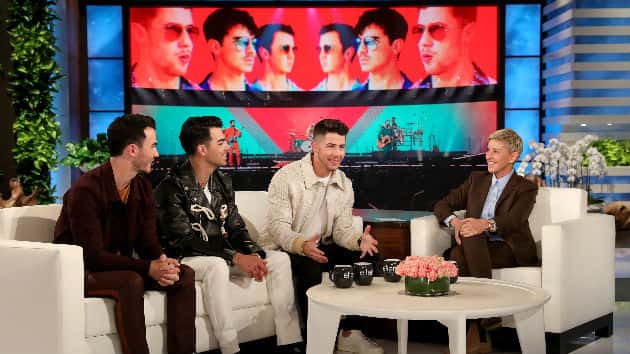 Michael Rozman/Warner Bros.The Jonas Brothers are having a busy week and it’s not even half over.

On Tuesday, the trio made their return to The Ellen DeGeneres Show, where they performed their new single “Only Human” and Nick dished on his new gig as a coach on season 18 of The Voice, vowing to “kick Blake Shelton’s a**.”

The bros also visited the Grammy Museum Monday night for a special Q&A and stripped-down performance. The appearance marked the launch of a Los Angeles pop-up store for their Happiness Begins tour. The shop, featuring exclusive JoBros merch, will be open through November 3.

The Jonas Brothers were also presented with platinum album plaques at the event, signifying sales of one million units of their comeback album Happiness Begins.