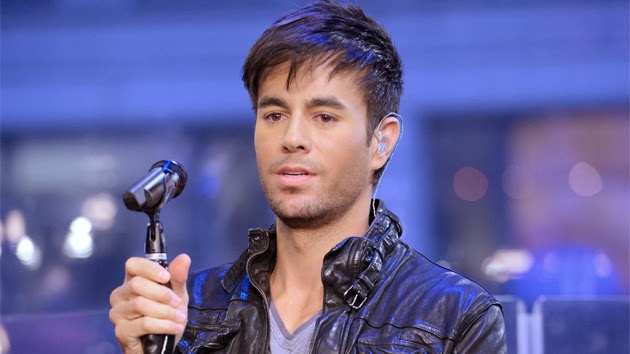 ABC/Lorenzo BevilaquaEnrique Iglesias will be your musical hero this fall by giving you all his hits in one album.

Billboard reports that Enrique’s Greatest Hits is coming October 4. He tells Billboard, “Music has always been my passion and I am beyond grateful to be able to celebrate this collection with my fans.”

The 16-track album will feature Enrique’s biggest pop hits, including “Hero,” “Escape,” “Be With You,” “Bailamos” and “I Like It,” as well as more recent songs such as “Bailando” and “Tonight (I’m Lovin’ You).”  Also included is his duet with Whitney Houston, “Could I Have This Kiss Forever.”

Enrique is now the father of twins, Nicholas and Lucy, with his longtime partner Anna Kournikova.

Here’s the track listing, according to Billboard:

“Bailando” [Spanish Version] (with Descemer Bueno & Gente De Zona)
“Tonight” (I’m Lovin’ You) (with Ludacris and DJ Frank E)
“Hero”
“I Like It” (with Pitbull)
“Cuando Me Enamoro” (with Juan Luis Guerra)
“El Perdedor” (with Marco Antonio Solís)
“Bailamos [from Wild Wild West]
“Escape”
“Be With You”
“Loco” (with Romeo Santos)
“Lloro Por Ti” [Remix] (with Wisin & Yandel)
“Could I Have This Kiss Forever” (with Whitney Houston)
“No Me Digas Que No” (with Wisin & Yandel)
“Mentiroso”
“Dónde Están Corazón”
“Bailando” [English Version] (with Sean Paul, Descemer Bueno & Gente De Zona)