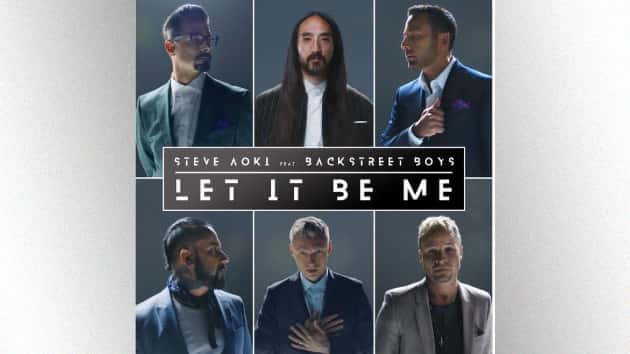 After more than 25 years together, The Backstreet Boys are still managing to do things they’ve never done before.

The group has just scored its first-ever entry on Billboard’s Hot Dance/Electronic Songs chart, thanks to their new collaboration with superstar DJ Steve Aoki, “Let It Be Me.” The song enters that chart at #12 — and over on the Dance/Electronic Digital Song Sales chart, it debuts at number one.

The Boys recently wrapped up the North American mainland dates of their DNA World Tour. Next month, they’ll head to Asia for shows in Japan, China, Taiwan, Thailand, Indonesia, The Philippines and Singapore. In November, they’ll close out the year with four shows in Honolulu, Hawaii.

Meanwhile, speaking of dance music, Katy Perry‘s “Never Really Over” has topped Billboard’s Dance Club Songs chart. It’s her 19th number one on that chart. Only Madonna, Rihanna, Beyonce and Janet Jackson have had more.

And in one final bit of dance — or dance-like — music news, Lindsey Stirling‘s new album Artemis has debuted at #1 on Billboard’s Top/Dance Electronic Albums chart. It’s her fourth #1 on that chart.