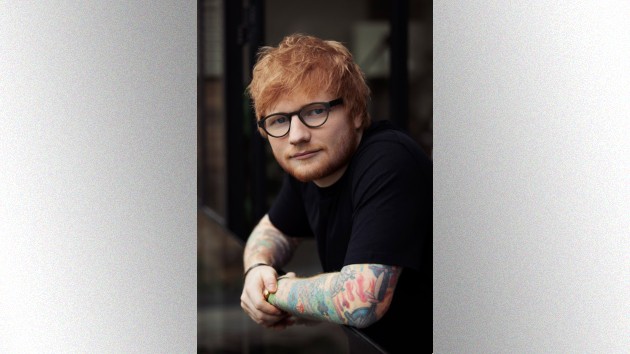 MarK SurridgeNot content to sing with more than 20 different artists on his new album No. 6 Collaborations, Ed Sheeran has now teamed up with a robot. Well, sort of.

He’s created a remix of his current hit, “I Don’t Care,” and instead of Justin Bieber, he’s singing with Alexa.  Yes, the voice of Amazon’s smart speakers.  If you want to hear Ed’s angelic vocals mixed with a robotic female voice saying stuff like, “I can deal with the bad nights/when I’m with my baby, yeah,” then just say, “Alexa, sing a duet with Ed Sheeran.”

The remix is available to stream exclusively on Alexa-enabled devices, and through Amazon Music.

Meanwhile, Ed’s latest video, for one of his new songs, “Antisocial,” is out now.  It’s a bizarre clip that features Ed and his duet partner, rapper Travis Scott, wearing crazy costumes in a variety of odd scenarios.  The Dave Meyers-directed clip also includes a Edwards Scissorhands-type scene where Travis plays a dentist with scary, long sharp blades for hands. There are also some eye-popping special effects — literally.