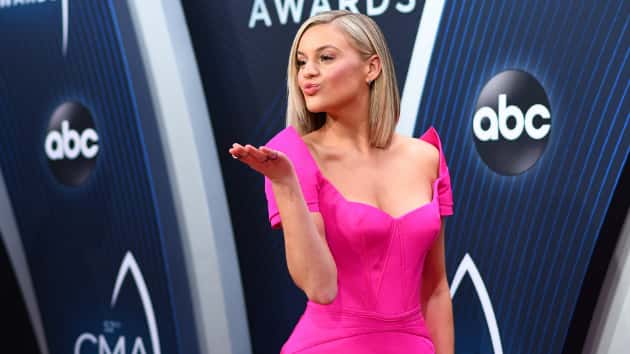 Country star Kelsea Ballerini scored her first pop hit this past year by teaming up The Chainsmokers for the hit song “This Feeling,” and it seems like she wants more of that feeling. Her upcoming third album will feature collaborations with some other big non-country names.

“It’s been so much fun to get in the room with people that I’ve looked up to forever like Ryan Tedder and Julia Michaels and Ed Sheeran,” Kelsea reveals.

Ed, Ryan and Julia are no strangers to the country charts, though.  Ed just released the song “Blow,” featuring country star Chris Stapleton, and he co-wrote the new single from country superstar Kenny Chesney, “Tip of My Tongue.”

“It’s really fun to be able to write with other artists too. I haven’t really done that before,” Kelsea continues. “You’re in the room, and they have the perspective of what it’s gonna be like onstage, and how you’re gonna be able to communicate it in interviews. And all that stuff…they had that knowledge.”

“So it’s a different perspective writing with them,” she adds. “But it’s been really fun and just different. I feel like I’ve grown a lot as a songwriter from that.”