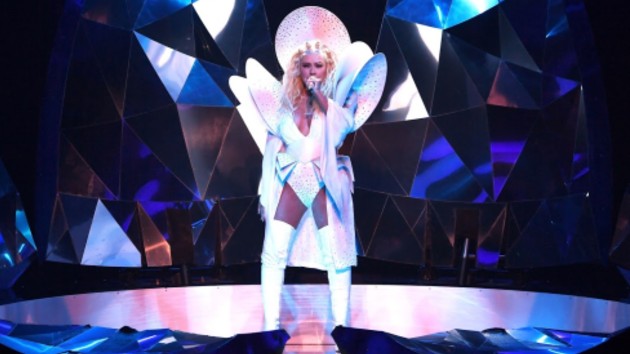 Denise Truscello/Getty ImagesChristina Aguilera is the latest refugee from the millennium teen pop craze to hit it big in Las Vegas.

Following Britney Spears and The Backstreet Boys‘ successes in Sin City, Christina’s new residency show, THE XPERIENCE, ended its first leg of eight performances with a $4 million gross and nearly 25,000 tickets sold, according to Billboard.

According to Billboard Boxscore, she earned an average of $497,000 per show, which is more than she earned per night from her Liberation tour last year.  In September, Christina returns to Vegas for eight more shows. She’s currently on what she’s dubbed The X Tour in Europe, and her Vegas average was also higher than the first show on that tour.

Overall in her career, Billboard says Christina has earned $81.7 million on the road, even though prior to her Liberation Tour, she hadn’t toured in 11 years.

Right now, though, the one to beat is Lady Gaga.  According to Billboard, since she kicked off her dual Enigma and Jazz & Piano residencies last December, she’s grossed $29.5 million.