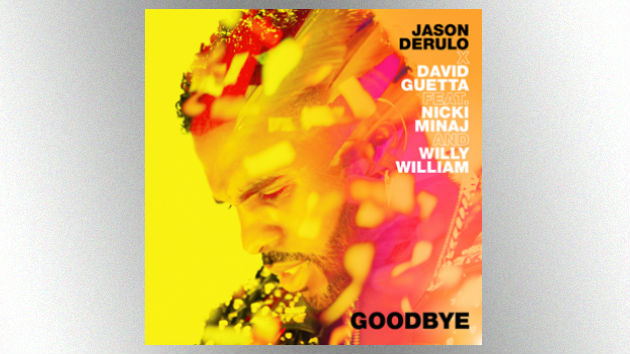 All four collaborators mix their styles on the track, which combines R&B, Latin and Caribbean sounds and also samples the melody of Italian singer Andrea Bocelli’s “Time to Say Goodbye.”

The lyric video for the song is out now, while the official video will debut next month. The song will be featured on Guetta’s upcoming album, 7.

Meanwhile, Jason Derulo will be kicking off a 27-date European arena tour on September 19 in Dublin. The dates wrap on October 30 in Warsaw, Poland.

Before the tour begins, Jason’s Just for You Foundation will host the inaugural Heart of Haiti Gala on September 6 in Los Angeles. Jason will perform, along with Shaggy and “Meant to Be” country duo Florida Georgia Line. Jason previously collaborated with FGL on a version of their song “This Is How We Roll.”

The gala will raise money for Haitian communities that have undergone economic, political and social difficulties.