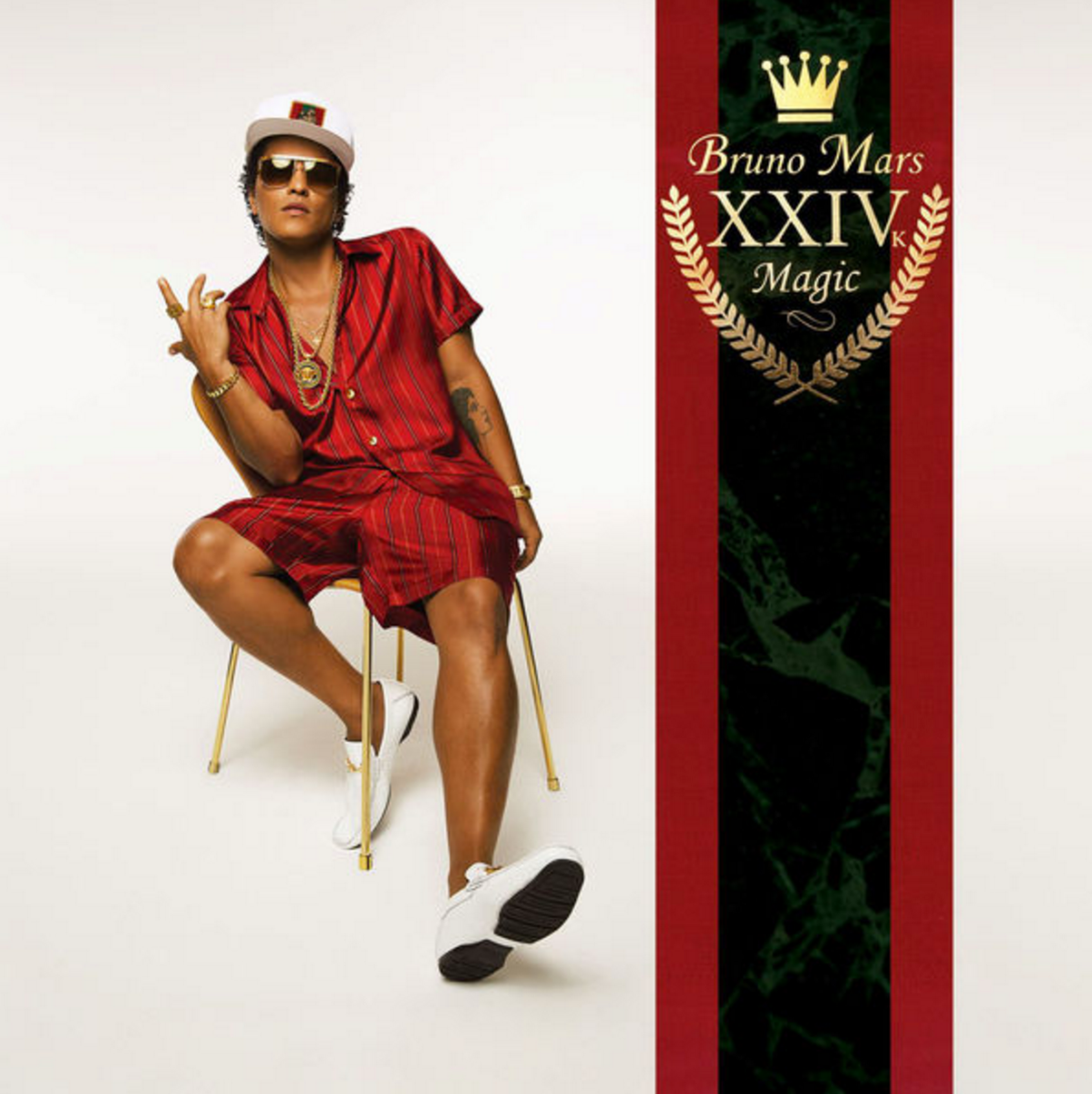 Almost exactly 4 years ago, Bruno Mars’ second studio album, Unorthodox Jukebox, was released, and it showed the world that Bruno and his unique throwback sound were here to stay, and that he is truly a force to be reckoned with. In the 4 years since, he has performed at the Superbowl Halftime Show twice and has been featured on Mark Ronson’s smash single, “Uptown Funk,” easily one of the most popular and catchy songs of all time. Now Bruno is back with his third album, 24K Magic. Does it have the “magic” that made him such a huge star? Read on below for my track-by-track review!

Clocking in at just 9 songs, 24K Magic is a solid reminder of what makes Bruno Mars so great. He’s suave, sexy, and just so cool! Some may complain that the album is way too short (myself included), but I suppose it is much better to leave the listeners wanting more rather than be overly long. Overall, 24K Magic is pretty damn fun and as a music lover, I’m excited to have Bruno back!